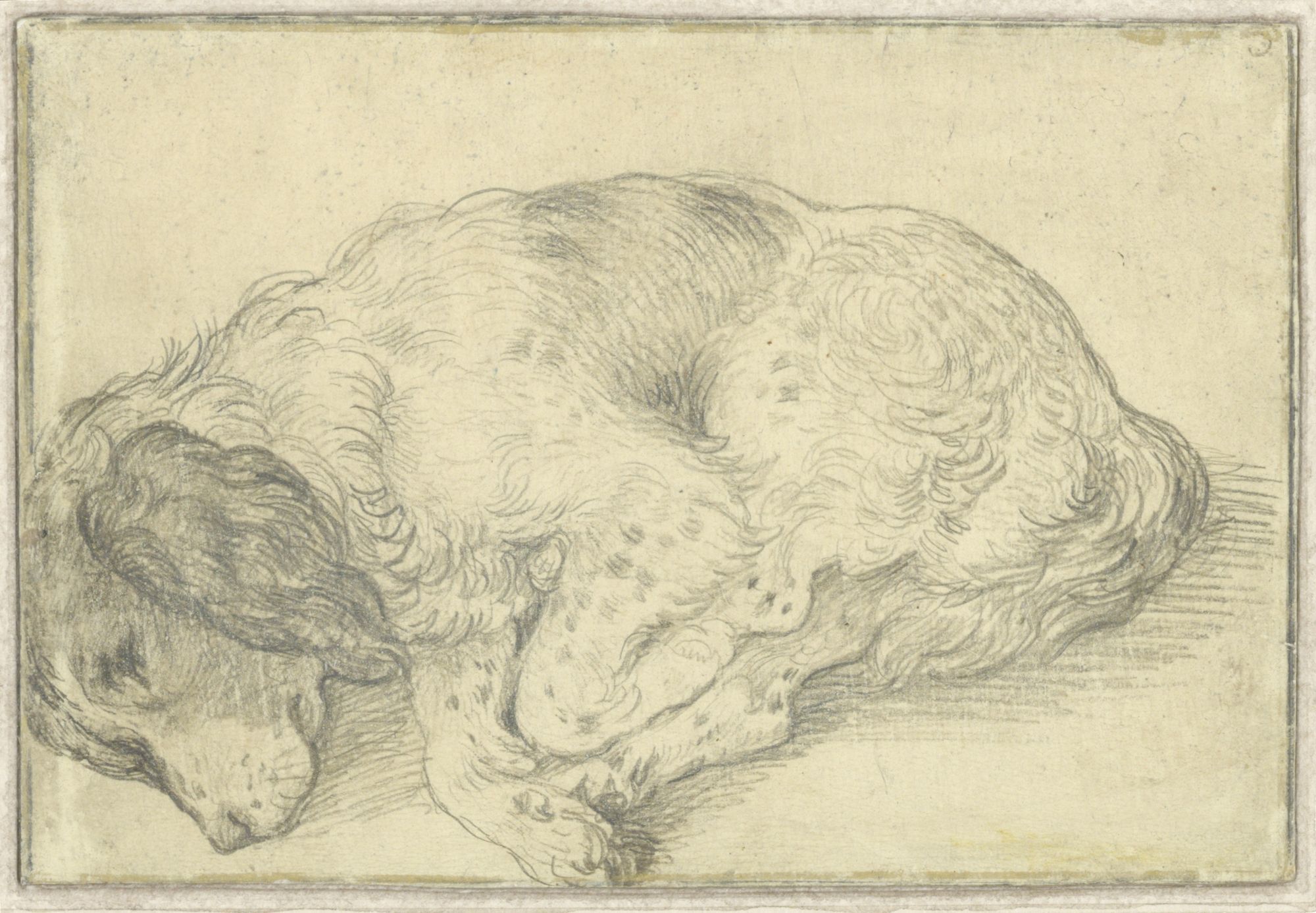 A Dutch Partridge Dog appears time and again in Hendrick Goltzius’s drawings and engravings. There are two small studies of the animal, one in Amsterdam and one in Berlin, and there is a large sheet of the dog’s head in Haarlem – almost an official portrait.1 The dog returns in the drawing of The Fall in Hamburg, on a sheet in London in preparation for a print of the same subject – where it is still a puppy – and plays a starring role in the print of the Portrait of Frederik de Vries (see cat. 26).2 The frequent appearance of the dog in Goltzius’s œuvre has led to the strong suspicion that it was the artist’s own dog.3

In the sheet discussed here the artist plays a visual joke; with the turning of the piece of prepared paper, the animal, asleep and turned towards us on the recto, is seen from the back, and has woken up, slightly lifting his head. In depicting his still young and faithful companion, Goltzius paid great attention to conveying the texture of the dog’s coat. The image creates a sense of affection.

The manner in which Goltzius employed the metalpoint in this drawing differs from the way in which he used it to draw his many small portraits (see cat. 24). The precise, accurate lines that contribute to a very realistic rendering of the sitters are not found here. They are much looser and more playful, similar to his drawings of a goat, a lamb and botanical studies.4 As the support for these he chose a tafelet: a piece of paper or vellum prepared (in this case in yellow) on both sides. The tafelets were probably bound in a pad, which the artist carried in his pocket. If the metalpoint lines were wiped out with a wet brush and a new ground layer was applied, a tafelet could be used again like a slate. Here Goltzius also chose to use graphite, possibly because he wanted to keep the intimate sketch.5

Metalpoint and graphite, on yellow-coloured prepared paper or parchment; framing line in brush and gold. – 65 × 97 mm