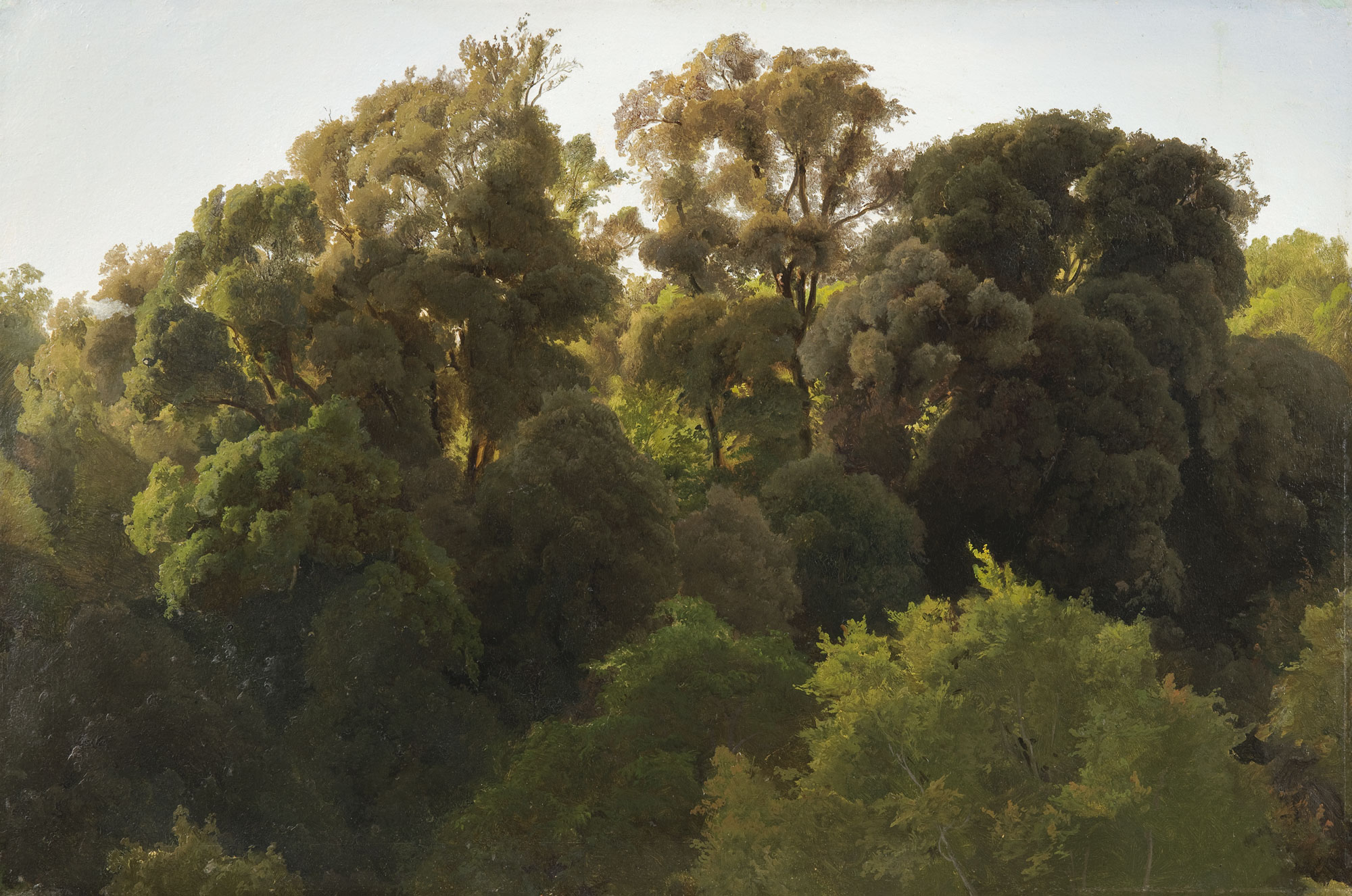 Fritz Petzholdt attended the Academy in Copenhagen between 1824-29. He also took private tuitions from Eckersberg, and was the only one of his pupils to devote himself exclusively to landscape. From 1830, he was mainly active in Italy, where he joined the Danish artists’ colony which had formed around Thorvaldsen. The location of this study has traditionally been identified as Ariccia, a small town in the Alban Hills some 30 km southeast of Rome. It had long attracted artists thanks to Bernini’s domed church of Santa Maria Assunta and the picturesque views of the Villa Chigi with its famous tree-filled park. Painting from a high vantage point, Petzholdt omits any identifiable markers and focuses solely on the crowns of the trees. An inscription in Danish on the verso of the paper identifies them as holm-oaks, and the artist’s skill in depicting this luminous, backlit scene is evident. Petzholdt travelled widely throughout Italy, and in 1838 the artist went to Greece where he died under unclear circumstances.