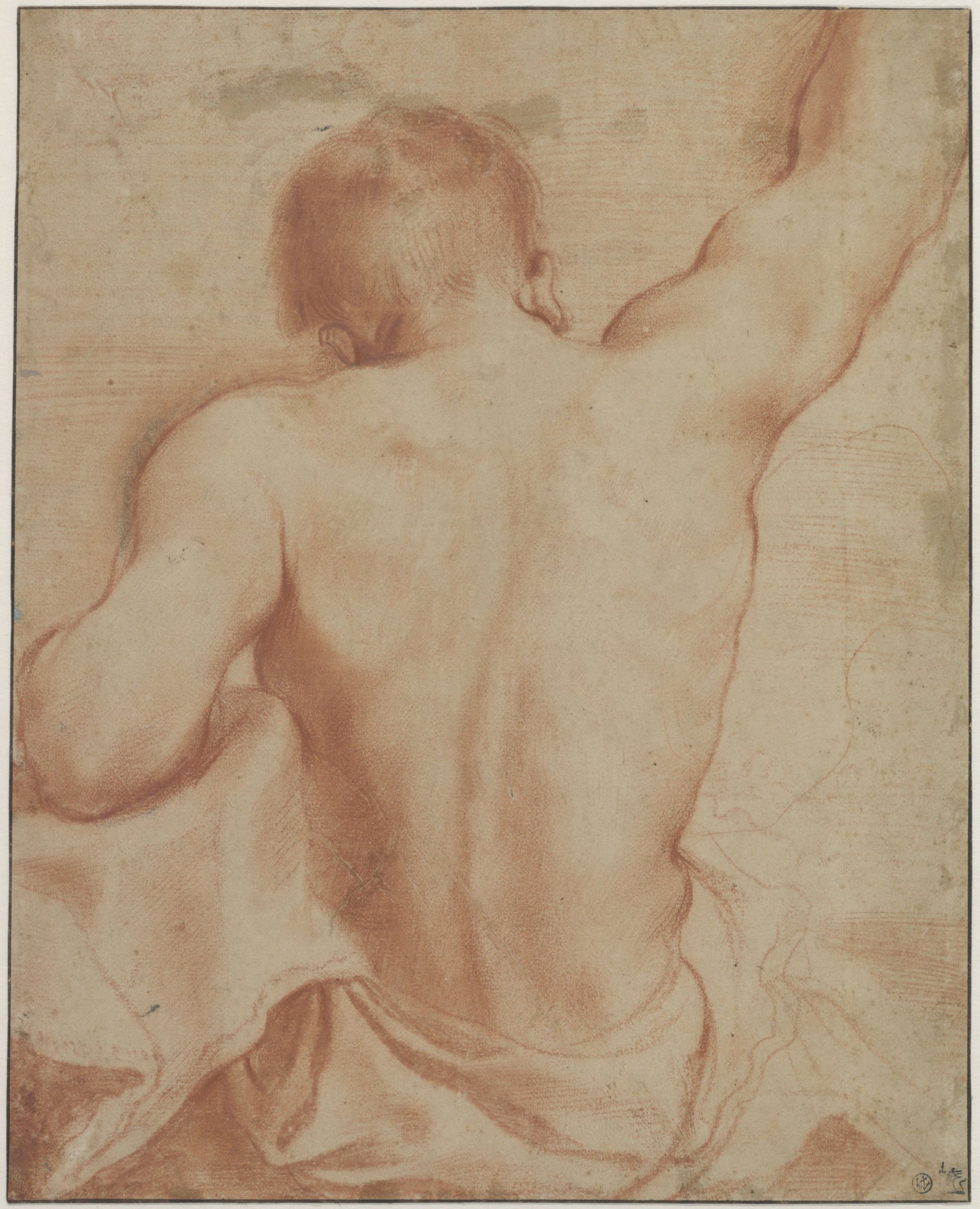 Formerly attributed to Annibale Carracci, this drawing demonstrates the latter’s influence on the young Guercino. Like the Bolognese master, who introduced the “return to nature” in art at the end of the sixteenth century, Guercino worked from nude models and opened an Accademia del nudo in Cento inspired by the Carracci’s Accademia. In this drawing, the artist has studied the anatomy of the man’s back with great attention and reproduced it pains­takingly in red chalk, the medium he preferred for this type of study. Although it was probably produced as an exercise for himself, the drawing was used by Guercino at a later date, with some modifications, for the figure of Samson in the painting depicting his capture by the Philistines (1619, Metropolitan Museum, New York).