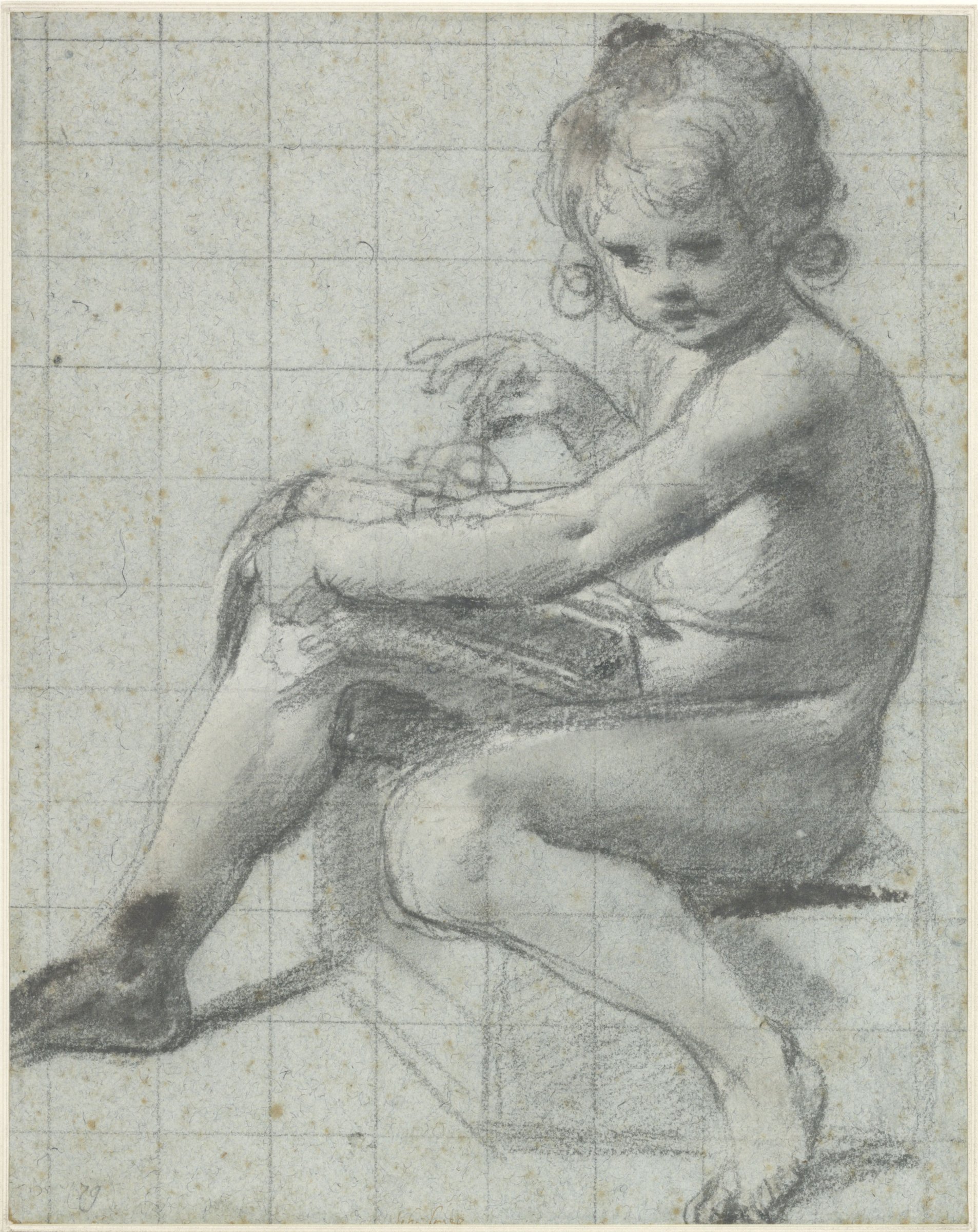 This study has the spontaneity of a drawing from life. The doubling of the lines, the pentimenti and accents in black chalk are evidence of Schedoni’s desire to seize the pose of his model quickly and accurately. He then indicated the direction of the light, using hatching and stumping for the shadows and highlights in white chalk for the light. The study has been squared, probably in preparation for a par­ticular composition which would explain the presence of the book and the compasses (?) held by the child. No sur­viving painting by Schedoni contains such a figure. The artist seems to have been inspired by this pose, however, for the young St John the Baptist depicted in his Holy Family in the Workshop of St Joseph (1610, Palazzo Reale, Naples).