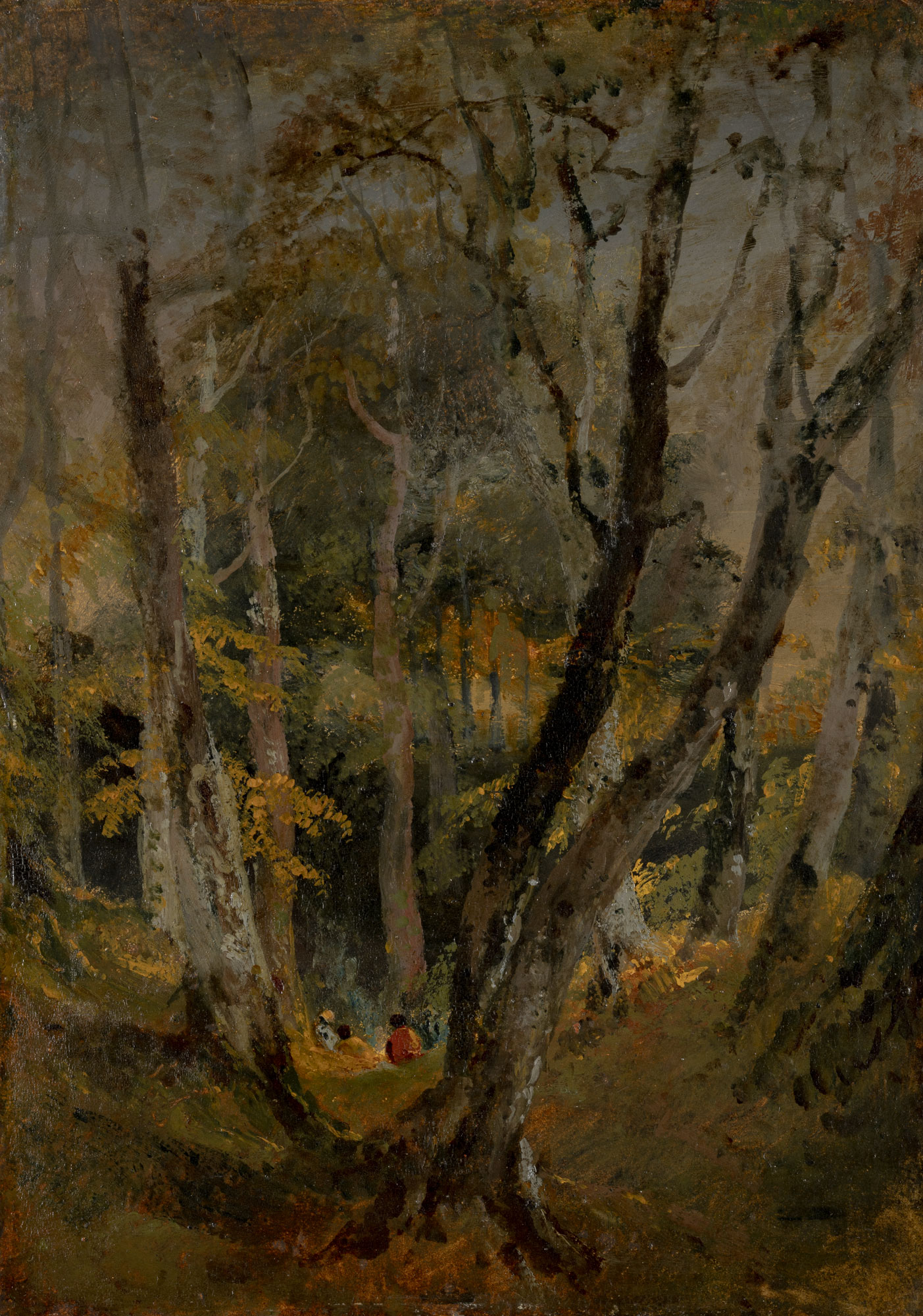 Turner was only fourteen when he entered the Royal Academy Schools, and exhibited his first picture the following year. A prolific draughtsman, he amassed over 30,000 drawings and watercolours throughout his long career. He seldom painted in oils out-of-doors, however, arguing that it took up too much time to colour in the open air. He preferred to make summary sketches in pencil, filling up hundreds of sketchbooks, and working from memory back in his studio. These two studies of beechwoods (cat. 16 and 17) are among the earliest examples of Turner sketching in oils from nature, and are part of a group painted in Knockholt, Kent, around 1799-1801. The artist clearly delighted in the autumnal colouring of the foliage, the textures of the bark, and the trees’ arching branches and gnarled roots. Composed almost like small finished pictures, they include figures which give them a narrative element and evoke the function of woods as natural shelters or hideouts. Among Turner’s rare outdoor studies in oil, a remarkable group of views of the Thames painted on mahogany panel c. 1807 stand out for their spontaneity (Tate, London).

The Fitzwilliam Museum, Cambridge, purchased with the assistance of the Fairhaven Fund, with contributions from the Victoria and Albert Museum, Grant-in-Aid, the Chase Charity, the Leche Trust, the Pilgrim Trust and the National Heritage Memorial Fund, inv. no. PD.24-1981