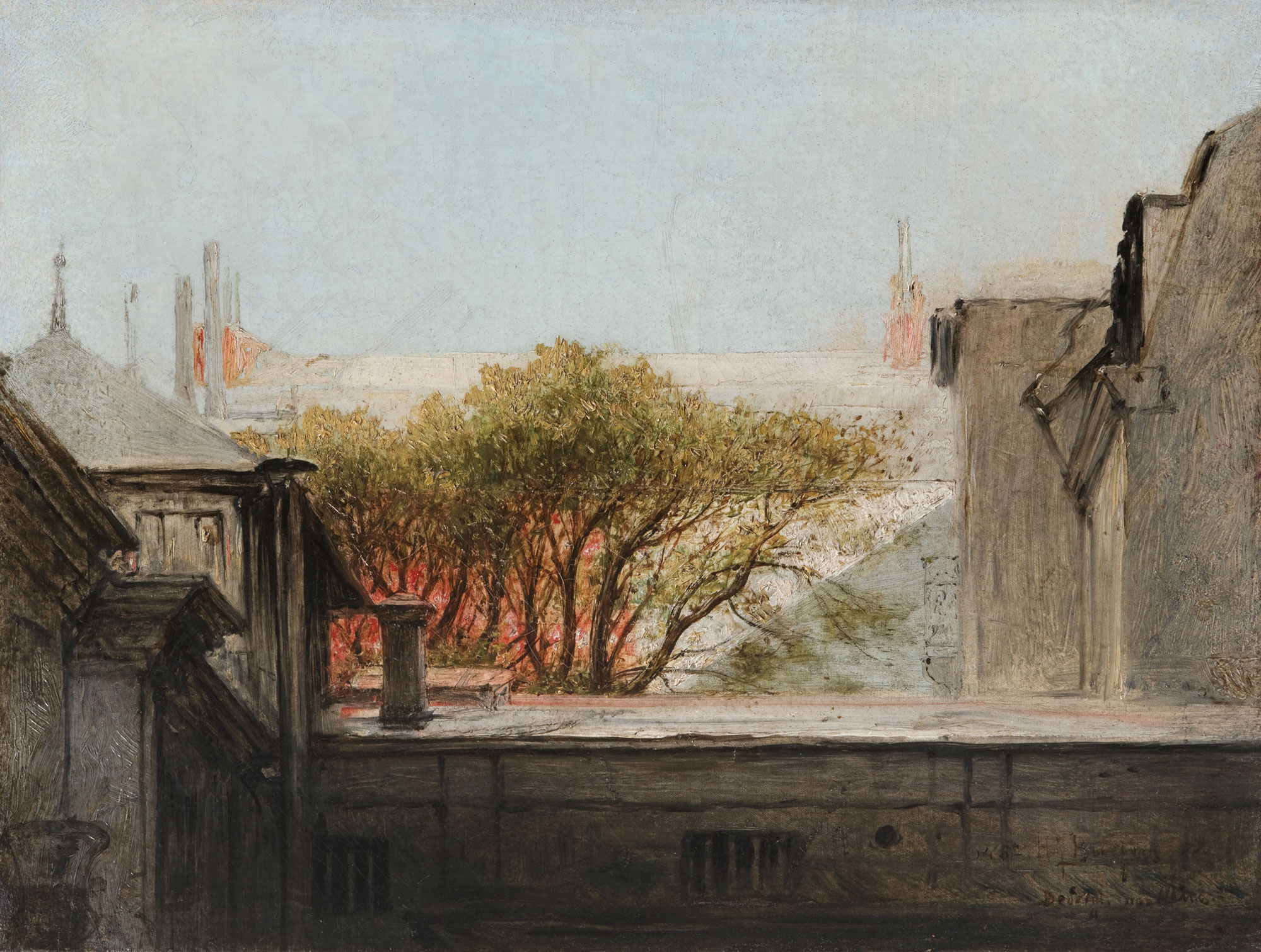 A pupil of the famous Hague School painter Jozef Israëls (1824–1911), the Dutchman Hein Burgers trained at the Academies of Amsterdam and Rotterdam before settling more or less permanently in Paris in 1867. His official exhibition pictures were genre scenes with a significant narrative element, a far cry from this impromptu view from the artist’s workshop window. Almost like a sunset, the splash of bright red from the building behind the tree catches the eye and contrasts with the cool greys of the courtyard and the pale blue of the sky. The scene was probably painted at no. 17 Rue de la Rochefoucauld, where Burgers lived and worked for over twenty years. It was located in the heart of the Nouvelle Athènes, an area in the ninth arrondissement favoured by many intellectuals, painters and musicians in the nineteenth century. He counted Gustave Moreau among his neighbours, whose atelier at no. 14 has been turned into a museum.