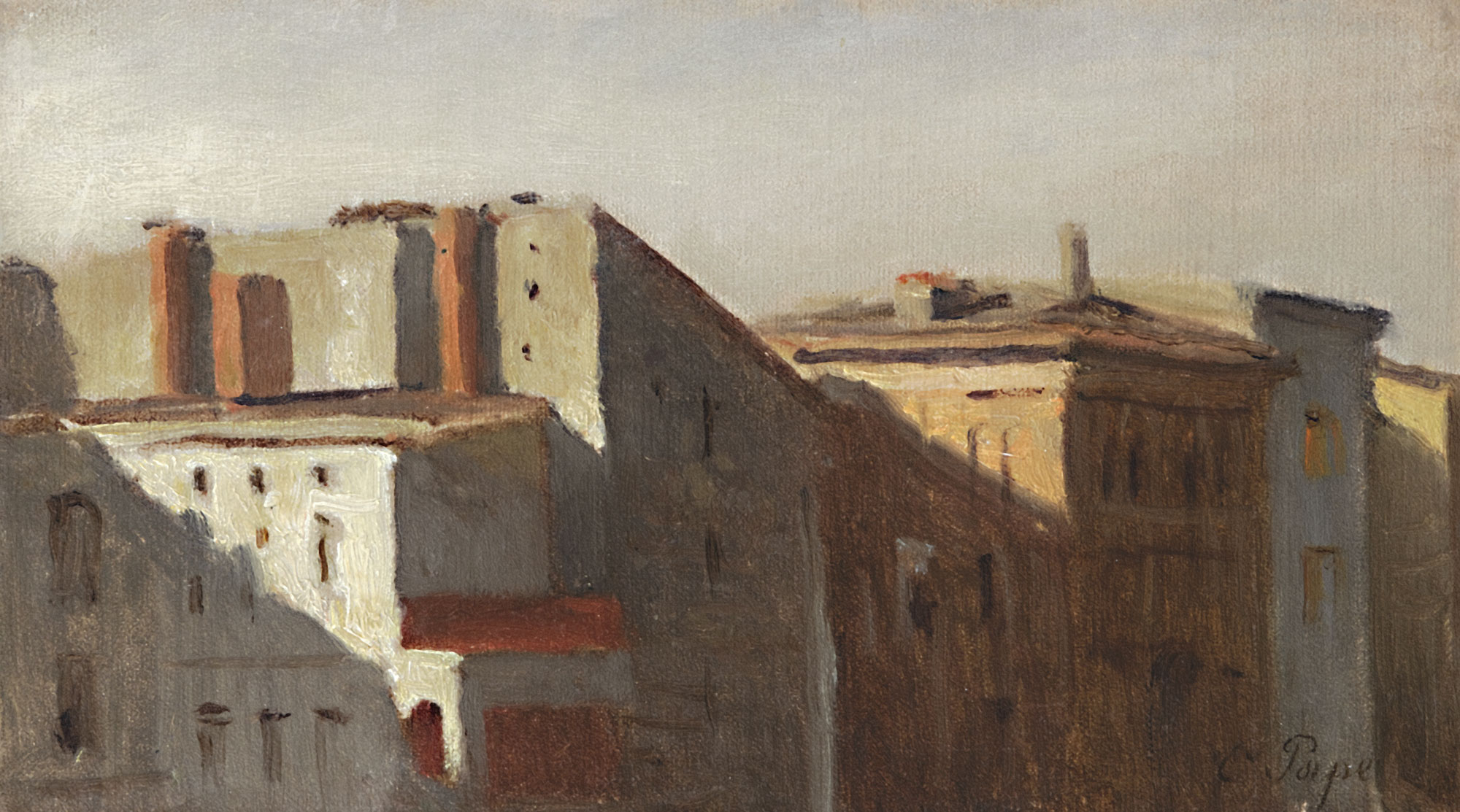 The son of a porcelain painter, Pape became a pupil of Carl Blechen (cat. 57) at the Berlin Academy. He would later comment on the painting trips he undertook with his professor, which were “filled with play and enjoyment. [Blechen] sketched ancient trees in an inspired manner, his hand sure and firm and our eyes were glued to him as he worked, observing his technique and so witnessing the birth of a work of art.”1 Pape eventually specialized in large-format decorative schemes, working on the interior design of Berlin’s Neues Museum from 1849-53. This view of Neapolitan rooftops was painted in 1845, during a study trip to the Tyrol, Switzerland and Italy. It is remarkable for its pared down simplicity. The volume of the buildings is created by the interplay of light and diagonal cast shadows, lending the picture a strong sense of geometry.