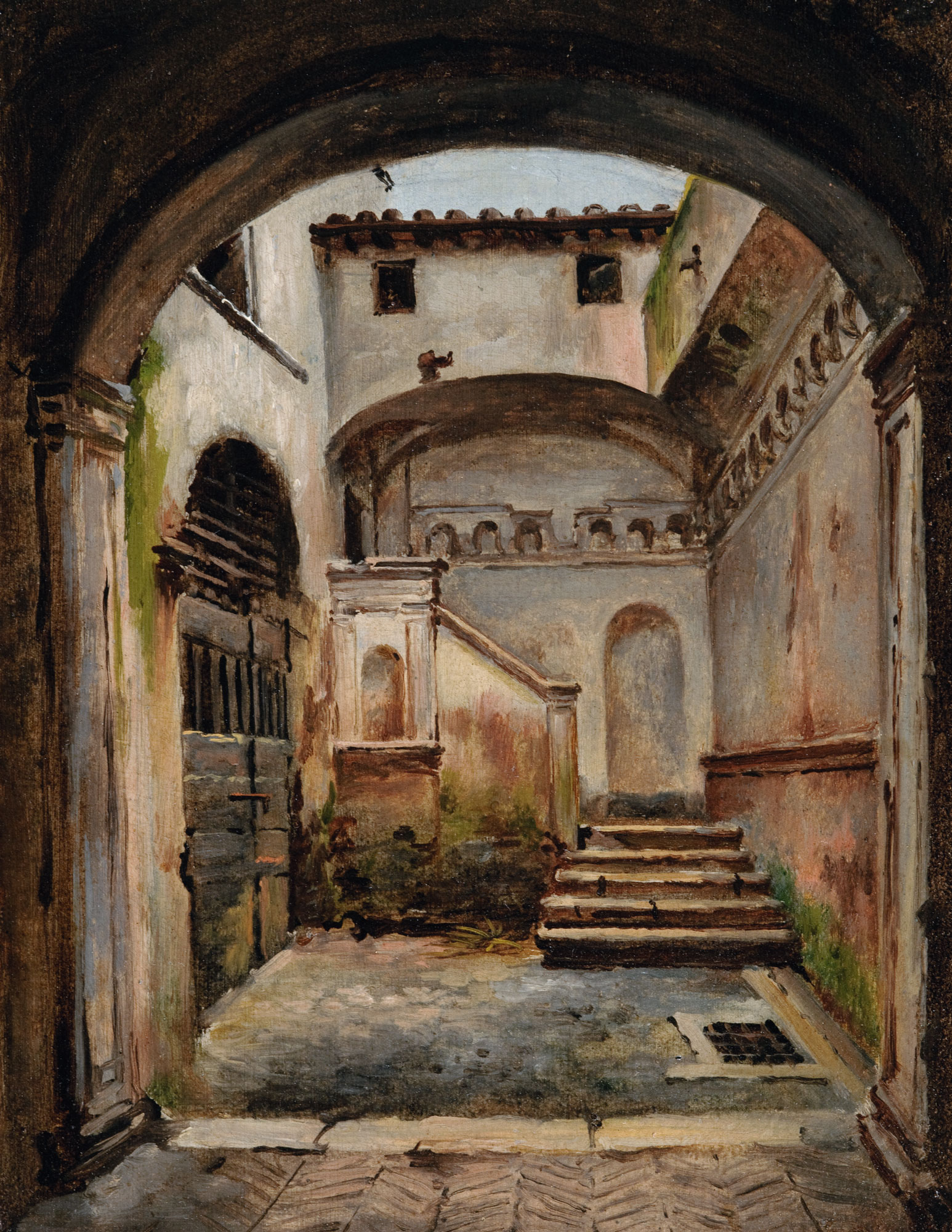 This view has been attributed to Granet thanks to a signed watercolour of the same courtyard recently on the market.1 The watercolour is populated by monks, suggesting that this is the interior of a monastery. Nicknamed le moine by his friends, religious buildings were a central motif in Granet’s oeuvre. After moving to Paris in 1796, he lived for a while in a cell at the disused monastery of the Capuchins, alongside Ingres and Girodet. Granet’s earliest Salon pictures were interiors of the Paris cloister, and during the two decades he lived in Italy between 1802-24 he continued to paint monastic themes with dramatic chiaroscuro and elaborate perspective views of vaulted interiors. Painted in oils on paper, this study of an Italian courtyard is seen through an arched passageway. The artist grants us a glimpse of a dull blue sky, and the moss-green stains along the walls give it a damp and weathered appearance.