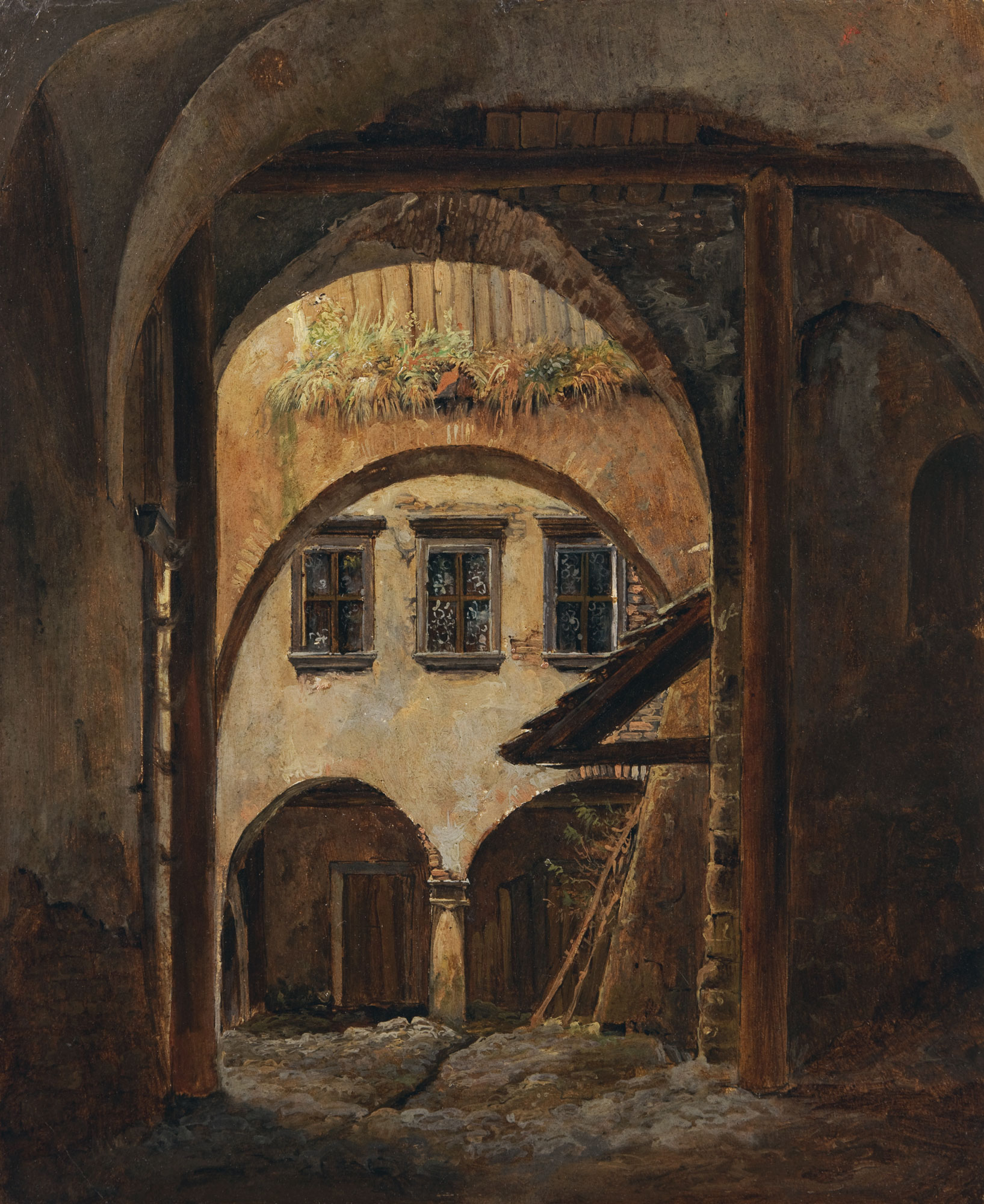 Some 20 km northwest of Dresden, Scharfenberg is one of the oldest castles in Saxony and was a favourite destination of the German Romantics in the early nineteenth century. Here, Fearnley omits any grand views of the medieval fortification or the surrounding Elbe river valley, and focuses instead on a somewhat decrepit courtyard. Painting from a dark vaulted interior, the artist paid careful attention to the fall of light on plants growing on the exterior wall. It was probably executed around the same time as another unconventional view of the castle by the artist, preserved in the National Museum in Oslo and dated 27 June 1829.1 Fearnley arrived in Dresden on New Years’ day 1829 and spent 18 months there with his friend and mentor Johan Christian Dahl (cat. 14). The two had met in western Norway during the summer of 1826, and it was probably then that Fearnley picked up the practice of painting in oils out-of-doors. Ten years later, in an inventory made on the eve of his travels to England, he lists some 300 oil studies, including views from Italy, Norway, Switzerland and Germany – a spectacular resource for his studio work and testament to his commitment to the technique.