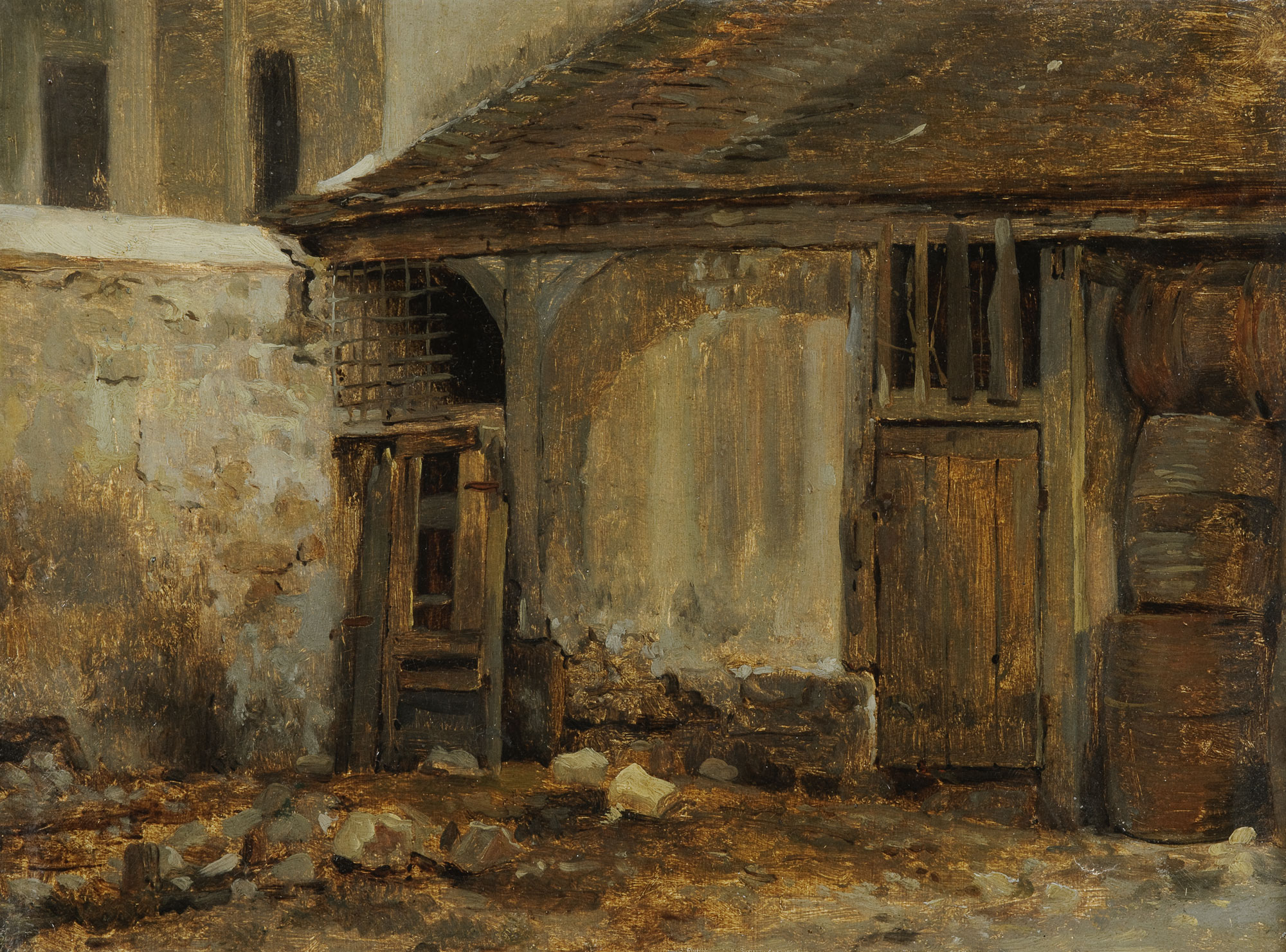 Robert Léopold’s older brother and teacher, Auguste-Xavier Leprince was mostly known as a genre painter, though he tackled a range of subjects including portraits, Parisian street scenes and rural landscapes. Already at the age of eighteen his works sold for exorbitant prices on the Paris art market, and by his premature death at the age of twenty-six he had paintings in several important collections and museums in France. In 1824, he went on a sketching trip to Honfleur with Isabey (cat. 51). Leprince was incredibly prolific, and his estate sale included over 200 painted studies. Rural dwellings were a favourite motif of his, and in the 10 sketchbooks by the artist preserved in the Louvre, there are a number of detailed pencil drawings of humble courtyards. In a sketchbook dated 1820, we find a drawing of the same courtyard depicted in this oil study.1 Painting in a restricted range of colours, the artist presents a close up view of a timeworn building. It was likely executed in the surroundings of Paris, as several other views in the sketchbook are inscribed with locations in the suburbs of the city such as Montmartre, Meudon and Montmorency.