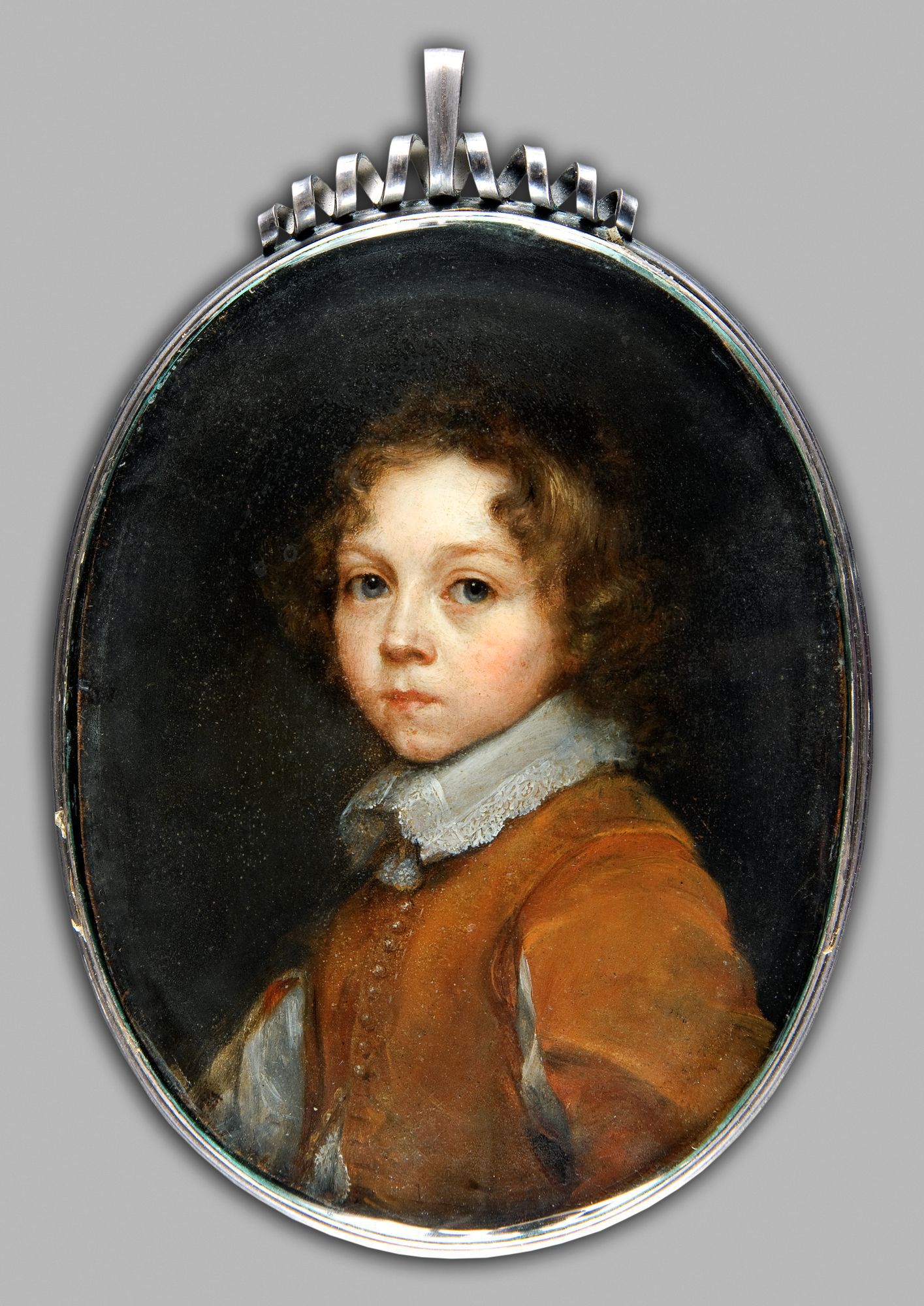 The Antwerp artist Gonzales Coques was apprenticed to Pieter Brueghel II (1564-1638) (or his son)1 and to David Ryckaert (1589-1642). The suggestion that he had also been a pupil of Anthony van Dyck (1599-1641) is based solely on the stylistic similarity of their work. He may have followed Van Dyck to England around 1635 and made contact with the English royal house, which would later become one of his clients.2 Coques’ contemporaries nicknamed him ‘The little Van Dyck’ because he made small copies of (usually life-size) figures from Van Dyck’s compositions and portraits and used them in cabinet works.3 These small paintings were very popular with the Flemish middle class, who also had a taste for portrait miniatures such as this one.

We do not know who commissioned this little work, nor do we have any idea of the boy’s identity. He poses de trois-quart and looks at the viewer with big eyes. There is a degree of tension in the folds of his mouth, perhaps a sign of his attempt to adopt a serious pose for the painter. The dark background means that we can only see the brown curls that frame his face; the blush of his cheeks is rendered just as delicately.

Gonzales Coques is thought to be the maker of this miniature portrait because of two other likenesses of small children that are attributed to him.4 One is the portrait of Mary, Princess of Orange (1642-1688), the daughter of Stadholder Frederick Henry (1584-1647) and Amalia of Solms-Braunvels (1602-1675).5 From 1644 onwards Coques appears to have worked as the portrait painter for the House of Orange and contributed to the paintings for Honselaarsdijk, Amalia’s home at that time.6 The likeness of another pretty little girl is also stylistically very similar to this portrait of a boy.7 There too, Coques made his model stand out against a dark background, and gave her expressive eyes to arouse a feeling of affection in the viewer.

2As well as Charles I of England, Coques’ clients included Archduke Leopold Wilhelm of Austria, Count of Monterey and Don Juan de Zunigaclients.

5Stichting Historische Verzamelingen van het Huis Oranje-Nassau, inv. no. M 9, see Karel Schaffers-Bodenhausen and Marieke Tiethoff-Spliethoff, The Portrait Miniatures in the Collections of the House of Orange-Nassau, Zwolle (Waanders) 1993, no. 9.

7Sale, London (Christie’s), 3 December 2013, no. 12 (Portrait of a Girl, Half-Length, in a White Lace-Trimmed Dress and Red Cloak, with a Pearl Necklace); current whereabouts unknown.