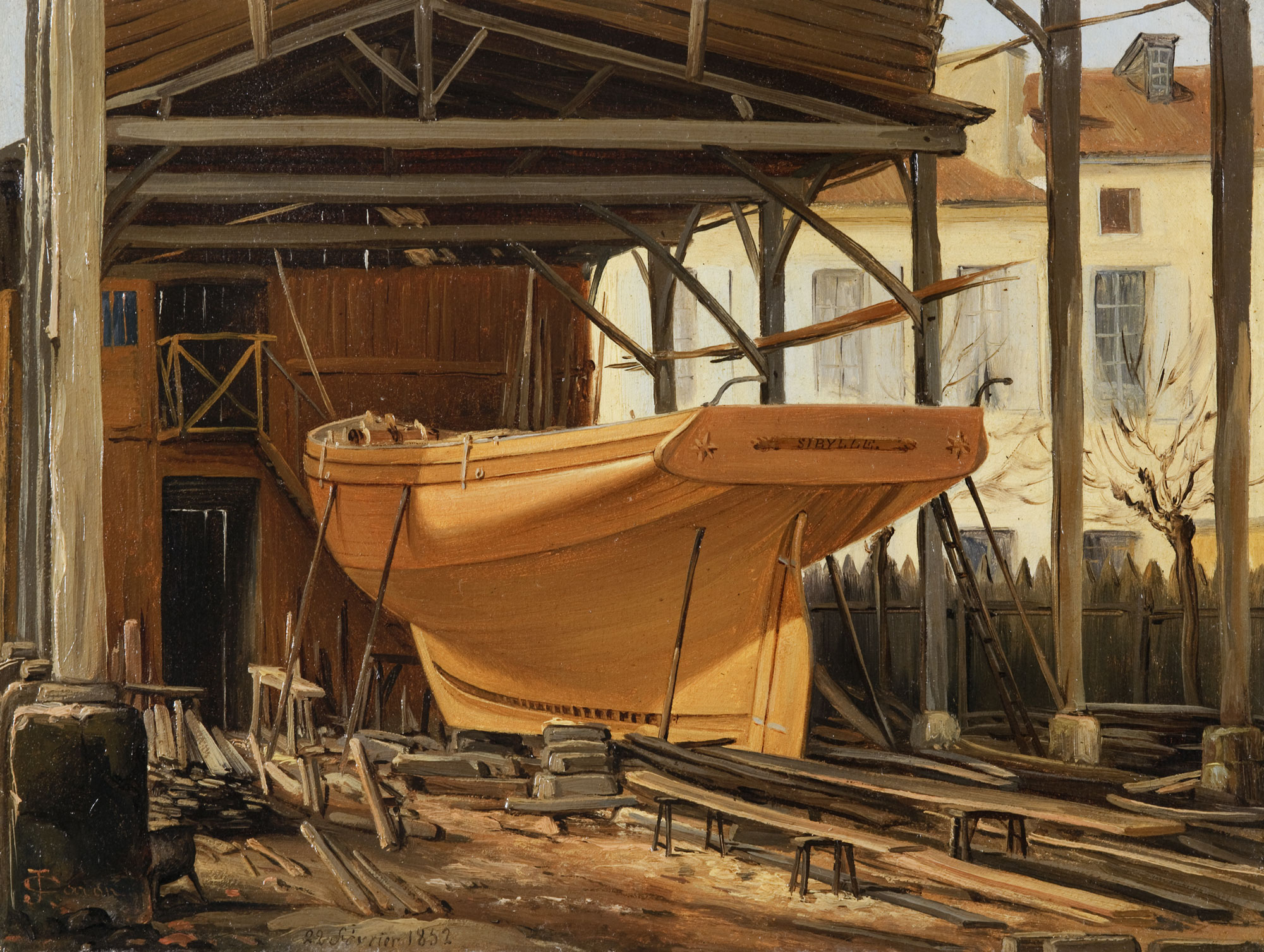 Jules Caron trained in Paris under Jean-Charles-Joseph Rémond (cat. 122). He later moved to Bordeaux, where he made these pendants in February 1852, before settling in the basin of Arcachon that same year. The earlier painting has the date 16 February 1852 scratched into the still-wet paint at lower right (cat. 137), while the second view is signed and dated 22 February 1852 in paint along the lower left (cat. 138). Interestingly, one is executed on canvas and the other on paper. An inscription on the back of one of the stretchers identifies the boatyard as belonging to a Mr Charron. Established in 1799, this boatyard was one of the many on the Quai de Bacalan, north of the city on the left bank of the Garonne. The Sibylle belonged to Mr Charron himself, who might have commissioned the paintings. Their technical precision and high level of finish suggest that these were probably not a spontaneous exercise by the artist. The boat’s hull is still unfinished, and the unprimed wood glows in the soft winter light. The boatyard is quiet and deserted, but planks of various sizes and tools strewn about evoke the noisy sawing and hammering of the workers which will soon be audible.