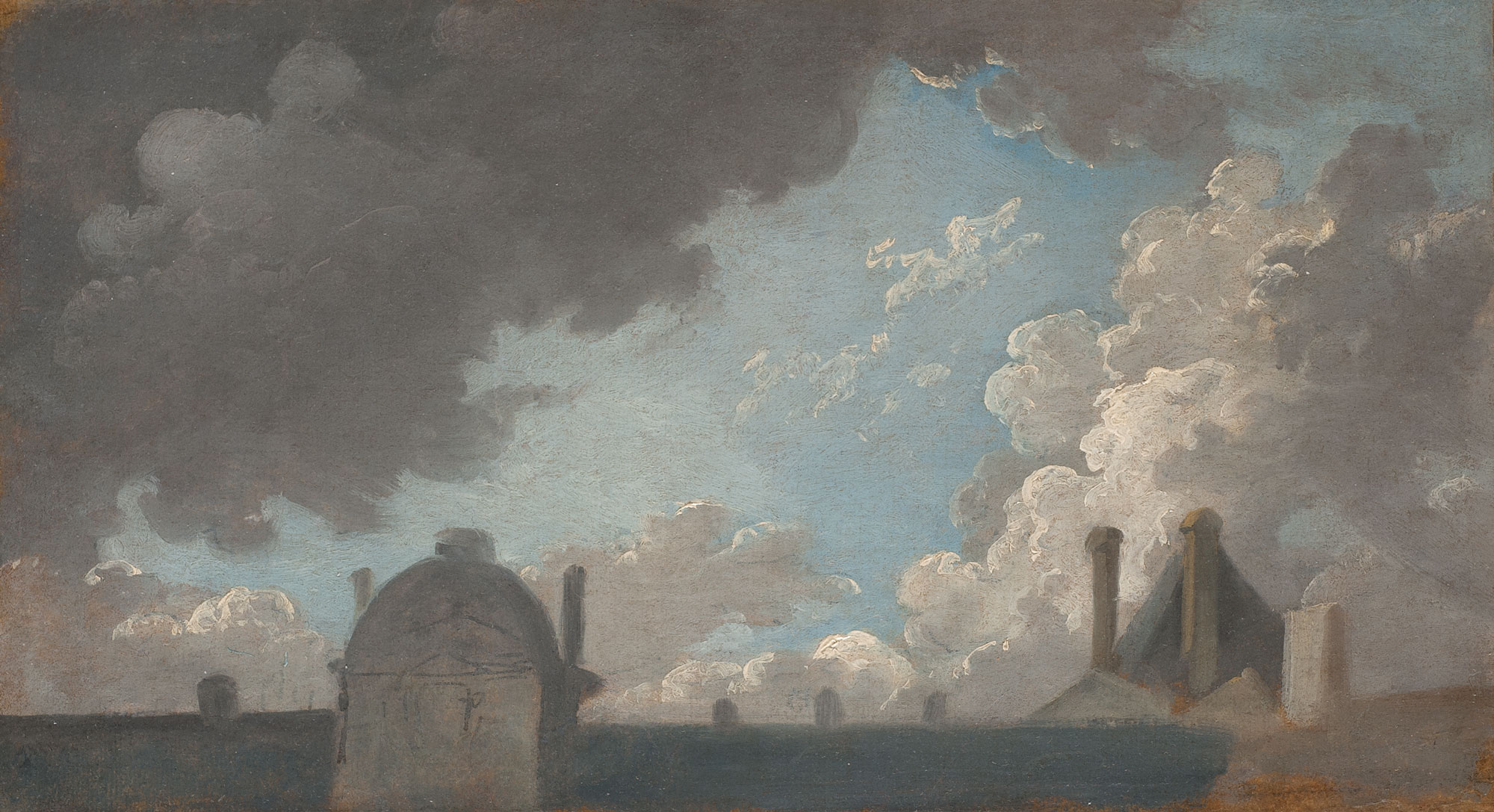 Extremely rare, this is the only known oil sketch on paper securely attributed to the peintre d’architecture Pierre-Antoine Demachy. Infrared reflectography of the study permitted an analysis of the underdrawing, some of which is visible through the paint, and confirmed the attribution to the artist. He probably painted others, as the posthumous inventory of his estate lists three large volumes containing sketches laid down on paper, as well as a portfolio of sketches. It shows the view from a window in the Louvre, where he lived between 1769-1806 among other celebrated artists such as Hubert Robert. Demachy’s lodgings were on the first floor of the vieux Louvre (in the Henry II wing, now called Lescot). The picture must have been executed before 1784-85, when the rooftops depicted were modified. Influenced by his training with the scenographer Giovanni Niccolò Servandoni (1695–1766), Demachy mostly painted ruins and architectural views of Paris, often with imaginary components. His landscapes tend to be set under somewhat formulaic cloudy skies, not unlike this study. In 1786, he became a professor of perspective at the Academy, a position later taken up by Valenciennes.