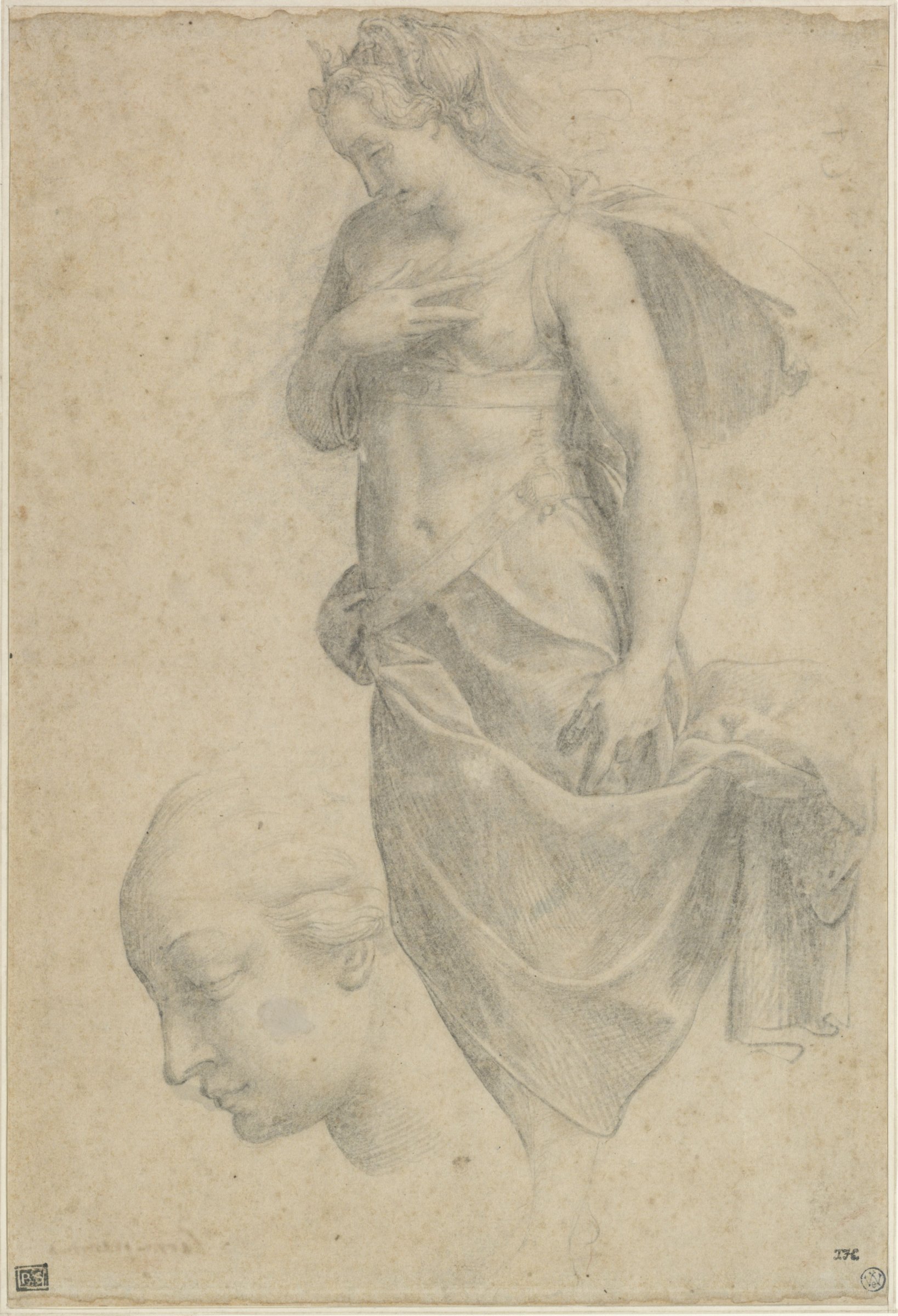 This painstakingly executed drawing is a preparatory sketch for the figure of Salome in the Beheading of Saint John the Baptist, a fresco painted by Francesco Salviati in the Capella del Pallio in the Palazzo Farnese, Rome (1541). The general posture of the figure is based on that of a Psyche executed by the artist ten years earlier in The Triumph of Psyche (Private collection, Florence). As was his habit, Salviati returned to a design with which he was satisfied, adapting it for a new iconography. Compared with his Psyche, the artist has given Salome a more dy­namic appearance, expressed in the slight tilting of the upper body, the movement of the drapery and the shifting of the feet. He also detailed the young female model’s im­passive expression in an enlarged study at the bottom of the page.