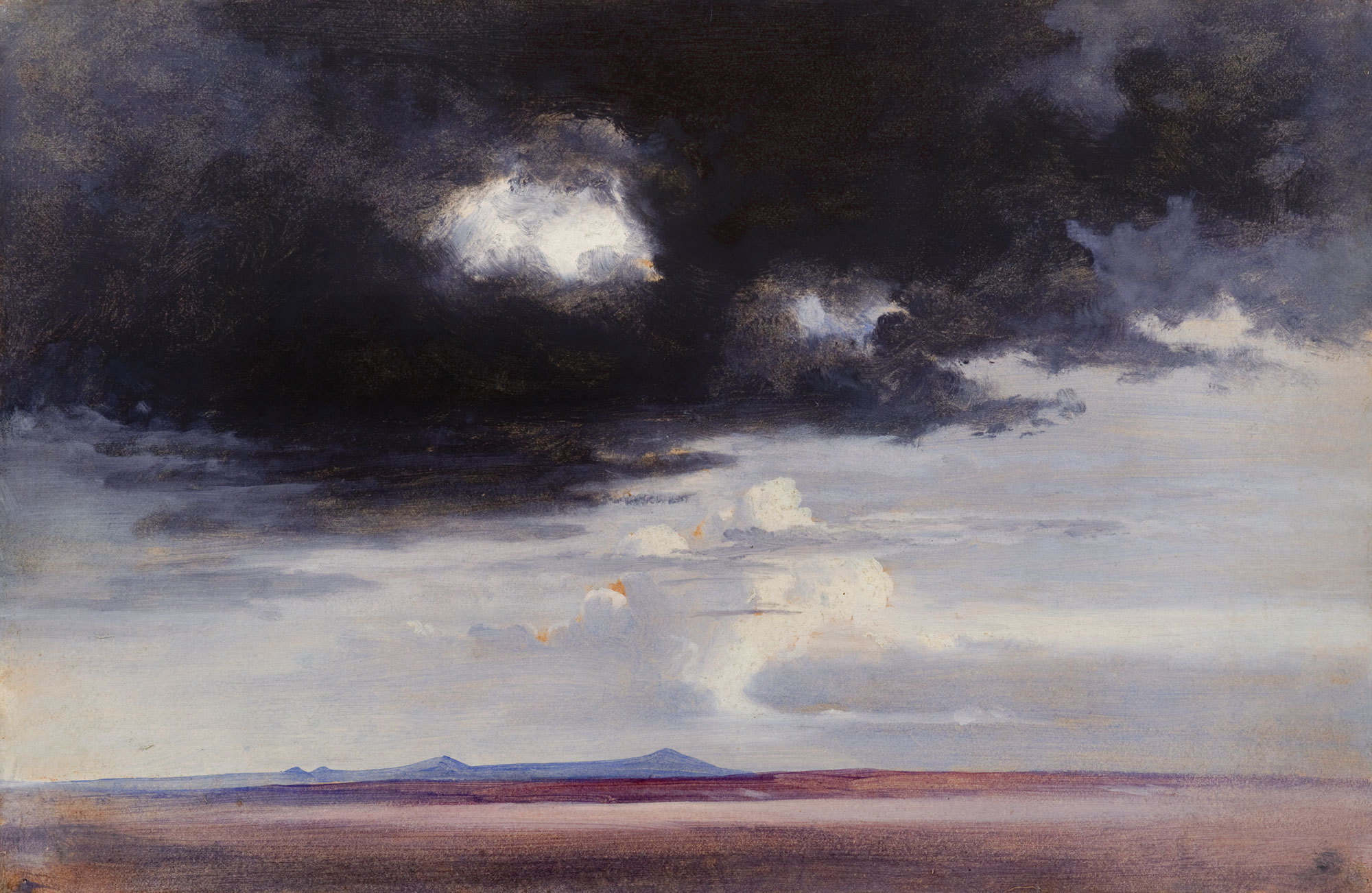 The Swiss painter Johann Jakob Frey was the son of a copper engraver, and settled in Rome in 1836 after brief studies in Paris and Munich. He travelled widely throughout the Italian countryside, producing plein air oil studies to inform the landscapes he sold to a steady market of international tourists. In 1842, he accompanied his friend the Egyptologist Karl Richard Lepsius (1810–1884) on the Prussian Expedition to Egypt, though Frey was forced to return to Rome in August 1843 due to illness, spending a few weeks in Athens on his way home. Probably painted shortly after his return, these four sky studies (cat. 108, 109, 110 and 111) betray the influence that the light and colours of North Africa had on the painter. From a looming thunderstorm to a quiet dawn, Frey captured atmospheric effects in a luminous palette of purples, yellows and pinks. They show the artist’s remarkable ability for conveying depth, and were likely all painted along the Pontine Marshes, with one of the sketches showing the silhouette of Mount Circeo in the distance (cat. 108). Despite their outstanding quality, these were private works which remained with the artist until his death1.