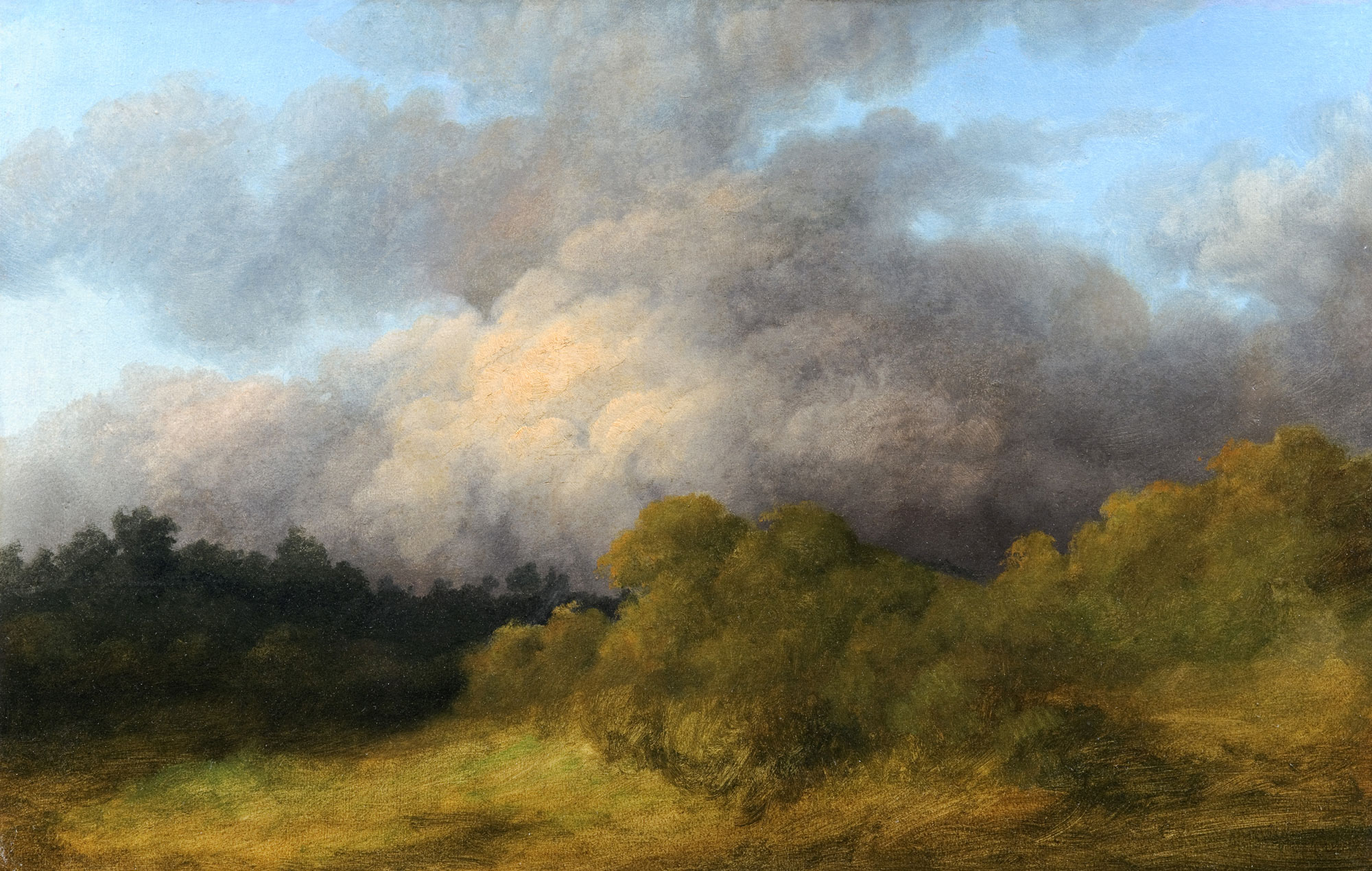 Although the maker of this study of low clouds hanging over a wooded valley remains anonymous, it probably dates to the late eighteenth century. This is suggested by the slight decorative touch in the clouds and their cotton-like texture, which gives the impression they have been dusted with an orangey powder. The thinness of the paint – in certain areas the effect is like watercolour – also supports such an early date. In the handling of the masses of trees and their tonality, it brings to mind the work of Fragonard (cat. 106). Painted on a large sheet of rough paper, it is nailed to a stretcher but has never been laid down on a piece of canvas or panel.