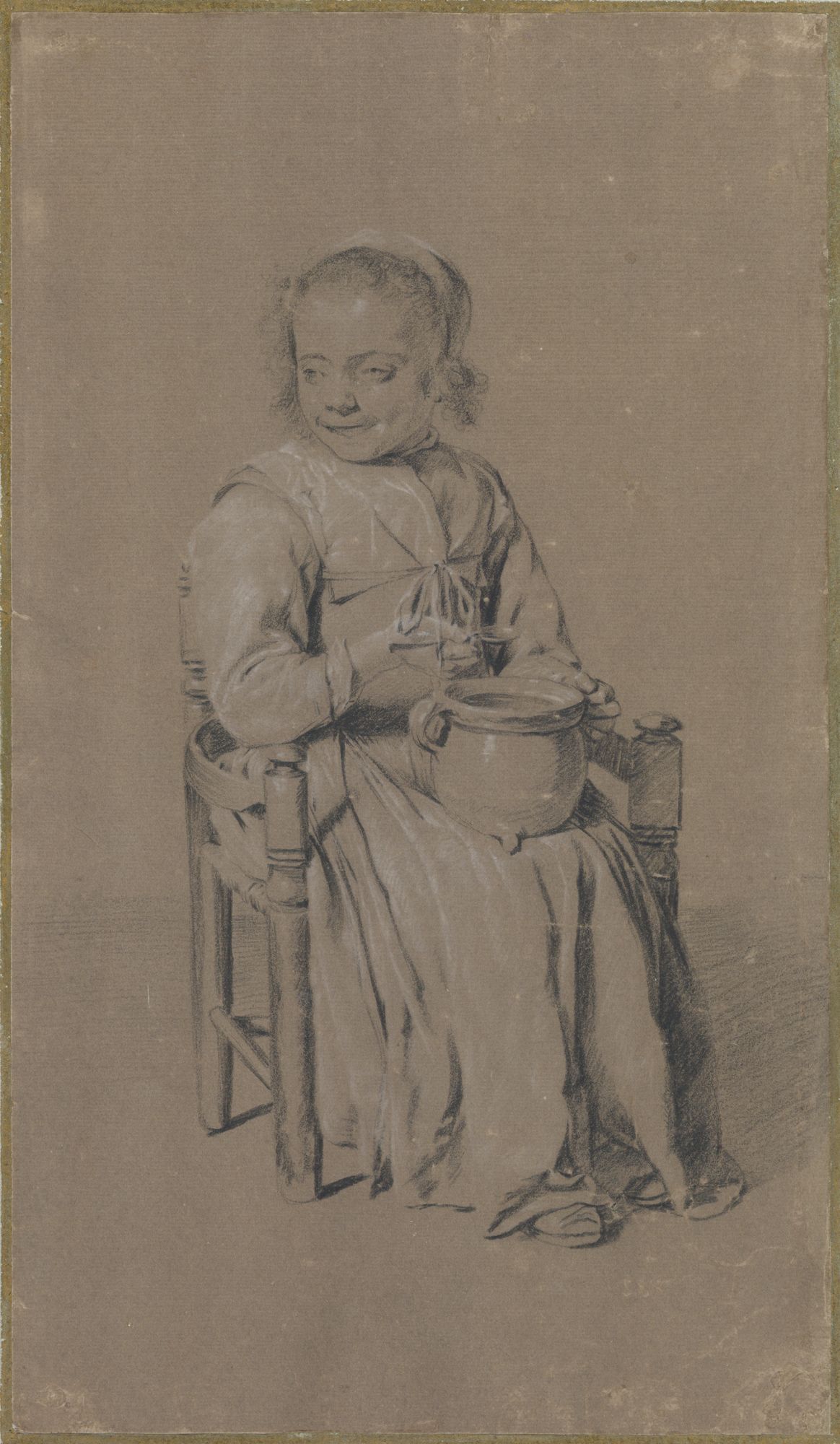 Porridge was a staple food for many families in the seventeenth century. The meal consisting of oats and water or milk was easy to prepare, nutritious and cheap. In genre scenes by such artists as Jan Steen (1625/1626-1679) and Nicolaes Maes (1634-1693) (see cat. 28) families are sometimes shown preparing or eating porridge. In many a house, the earthenware pot in which the meal was prepared hung above the hearthfire. The girl has a porridge pot like this on her lap.

This study of a girl was probably intended to populate a painting of a domestic scene. Consuming porridge or feeding it to a child was occasionally the main subject of a painting,1 but this child’s averted, visibly engaged look suggests that the artist wanted to place her in the midst of a – most probably noisy – company. The painting is unknown, so we can only guess at the scene that caught her attention. The artist introduced highlights with the idea of transferring her figure to canvas or panel. They show the presence of a source of light or open fire.

3Seated Woman with a Lacemaking Pillow on Her Lap, Rijksmuseum, Amsterdam, inv. no. RP-T-00-99.