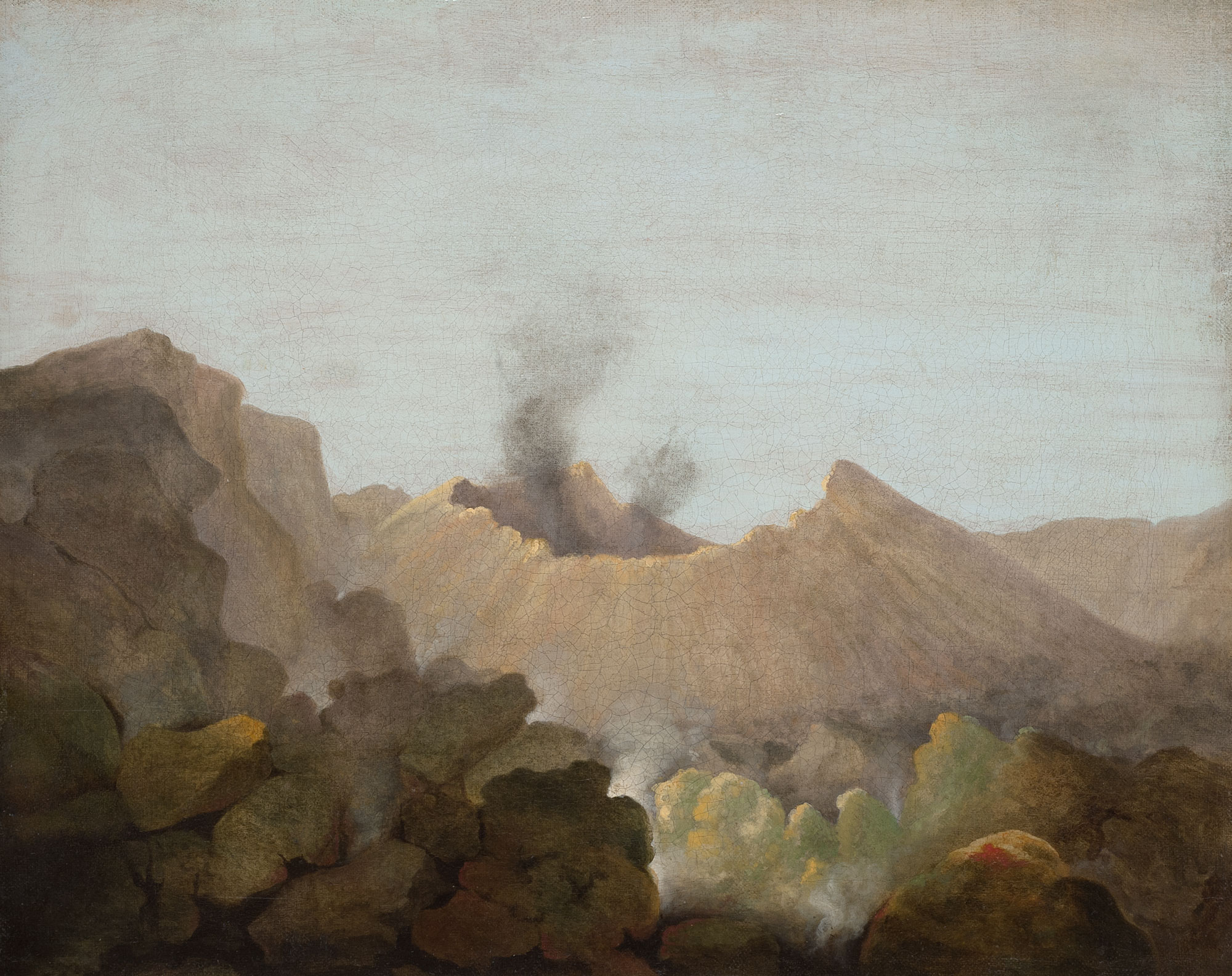 The Welshman Thomas Jones was known in his lifetime as a painter of classicizing landscapes in the style of his teacher Richard Wilson (cat. 1). He was rescued from relative obscurity in the 1950s by the publication of his Memoirs and the appearance on the art market of a group of astonishingly modern oil sketches and watercolours. Jones spent seven years in Italy between 1776-83, and ascended Vesuvius several times. This up-close view of the crater was not painted before the motif, but is based on a drawing from the artist’s sketchbook dated 29 October 1778. It is executed very thinly in oils on canvas, and Jones must have painted it while his memory of the multicoloured hues of the sulphuric rocks was still fresh. Though the crater appears relatively benign, the account of that day in his memoirs exposes the perils of tackling such a temperamental motif, and describes a fissure which unexpectedly opened up twenty metres or so behind him and forced a hasty retreat.