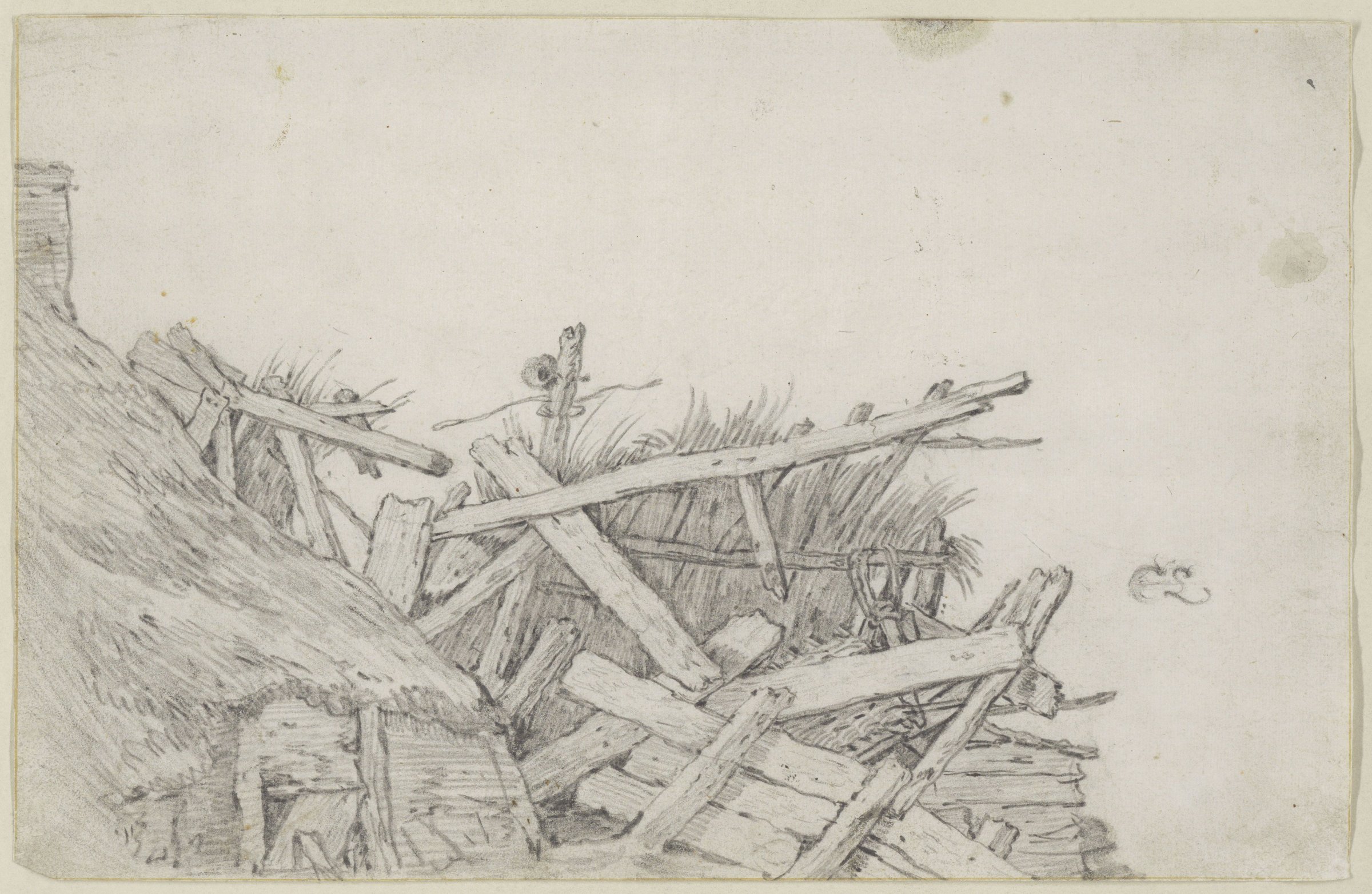 Cornelis Saftleven was a prolific and versatile painter and draughtsman. To date, more than 200 oil paintings and about 500 drawings by him are known.1 His subjects include portraits, animals, landscapes, peasant scenes, mythological and biblical themes, images from Hell, allegories, satires and illustrations of proverbs. Over the years, Frits Lugt collected a dozen of his works, among them one of his earliest known self-portraits painted on copper.2 The present drawing fills a gap in the collection; up to now no outdoor studies by Cornelis were preserved in the Hôtel Turgot in Paris that houses the Lugt collection.

Like his younger brother Herman Saftleven the Younger (1609-1685), who made hundreds of drawings in and around the city of Utrecht, Cornelis probably also wandered the streets of his neighbourhood with his sketchbook and drawing materials in hand. Several topographical drawings, made in Arnhem, Rotterdam and Delfshaven, by him are known,3 but most of his outdoor studies consist of unidentifiable picturesque rural scenes with farmhouses, dilapidated sheds, dovecots, barrels and farmers’ equipment. These elements also feature in his paintings with peasant genre scenes, which were influenced during his Antwerp years by the works of Adriaen Brouwer (1605/6-1638) and David Teniers the Younger (1610-1690).

The present sheet was probably made during one of those neighbourhood strolls. It depicts a collapsed house or shed with a thatched roof of the type that can also be seen in another drawing, attributed to Cornelis.4 At centre, attached to one of the wooden beams, the artist drew a starling pot, an earthen jar to attract nesting starlings. Next to the pile of wooden planks, there is another house with a thatched roof and a chimney. The subject matter is quite unusual in the artist’s oeuvre. It is reminiscent of the drawings of damaged churches, collapsed buildings and piles of rubble made by his brother Herman after the devastating tornado that struck the city of Utrecht in 1674.5 Rather than a visual record of a disaster, the present drawing is more likely to be a picturesque motif the artist would also incorporate in his paintings. The uniqueness of the work is underlined by the diagonal composition and the large areas of blank space.

Close in style and subject is another drawing by the artist of a dilapidated lean-to, which bears the year 1646.6 Although this sheet was worked up with grey wash, in both drawings the handling of black chalk is similar, particularly in the way the artist accentuated the holes and knots of the ragged planks by pressing harder on the black chalk. The present sheet was probably executed around the same time. MR