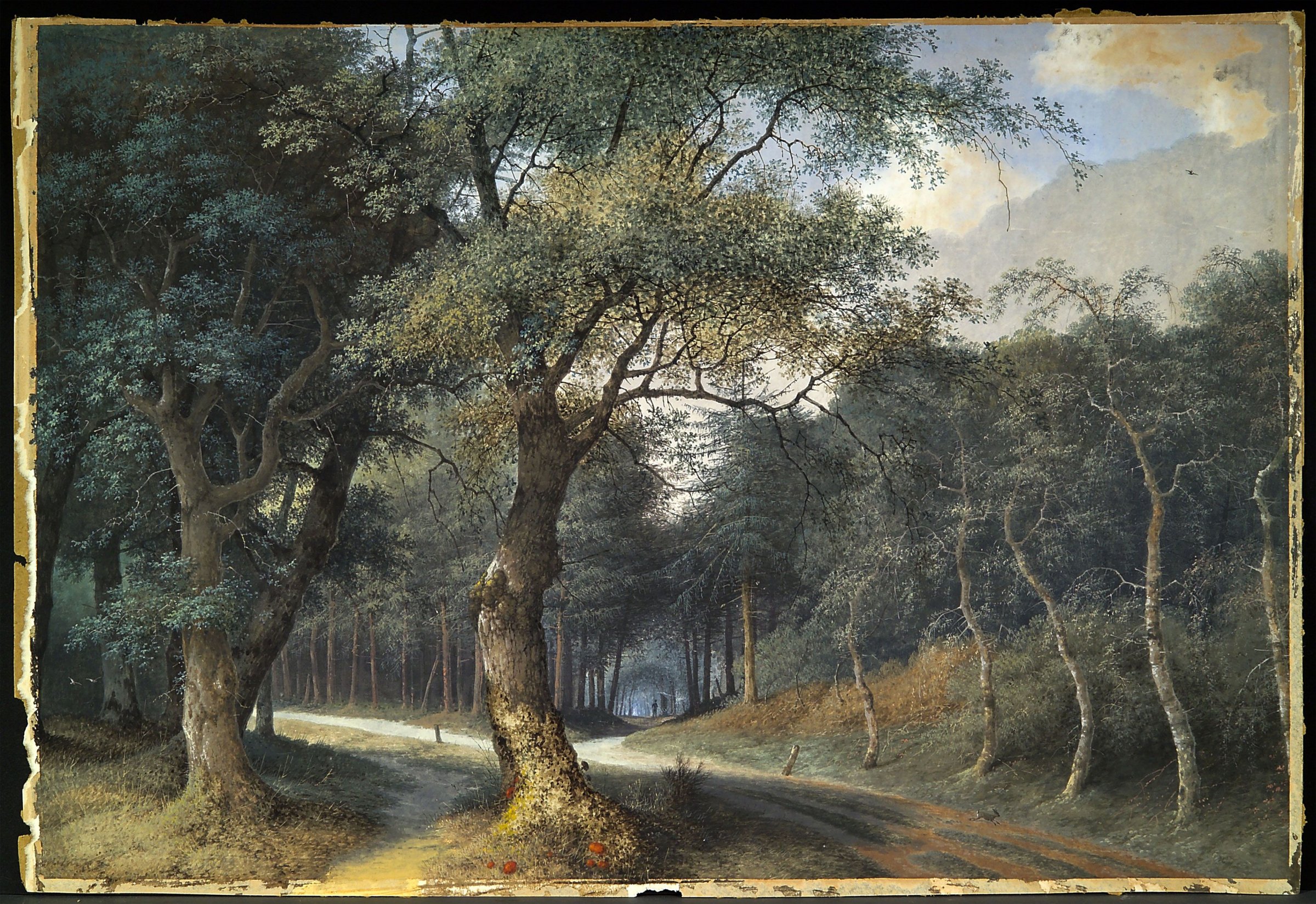 Travelling light, carrying only “one artwork in oil, one in gouache, two palettes and a few canvases”, the Dutch landscapist Josephus Augustus Knip left for Paris in 1801, seeking better opportunities as an artist.1 A few years earlier his father, the fine arts and decorative painter Nicolaas Frederik Knip (1741-1808) had lost his sight, and consequently the young artist had become the family’s breadwinner. Under the burden of this responsibility, Knip toiled away in the French capital, before being awarded the Prix de Rome in 1808 by King Louis Napoléon of the Netherlands (reg. 1806-1810). Thanks to this scholarship the artist was able to travel to Italy, where he made hundreds of studies of landscapes, ruins, figures and animals observed directly from life. Upon returning to the Netherlands in 1813, Knip largely relied on these drawings, using motifs in them as a basis on which to compose paintings, gouaches and large watercolours.

From time to time Knip also made landscapes without Italian references, one of which is the splendid and incredibly well-preserved gouache drawing discussed here.2 It depicts a crossing of two sandy paths in a dense forest with a hunter in the distance. Although the composition may have sprung from Knip’s imagination, the carefully executed trees – oaks, birches and pines – were probably based on studies the artist had made in the Netherlands. Similar trees feature in one of his earliest known drawings made in situ.3 According to the autograph inscription on the verso of this drawing, it was done by Knip in the summer of 1803 on the estates of Biljoen and Beekhuizen, in the province of Gelderland in the eastern Netherlands. By that time the artist had settled in Paris, but during the hot summer months he probably fled the city and spent some time in the Dutch countryside while visiting his father in ‘s-Hertogenbosch.4

Unlike his studies, Knip’s large watercolours and gouaches were intended to be framed and hung on the wall as a less expensive alternative to paintings.5 He and several members of his family – his brother, a nephew and his own children as well – did hundreds of them, which can often make it difficult to attribute the unsigned drawings.6 A Path through a Forest, however, is definitely by the master himself. It is close in style and execution to a signed painting of a Dutch landscape with cattle in the Noordbrabants Museum.7 In both works the artist used a dramatic perspective, accentuated by a large tree or tree trunk in the foreground and a row of trees along a path. According to Ellinoor Bergvelt the painting probably dates from the period after 1820, when the artist began to submit works with a Dutch subject to the annual exposition of Living Masters in Amsterdam.8 MR

Gouache and watercolour, over a sketch in pencil; gold border; laid down. – 500 × 715 mmWatermark: not visible