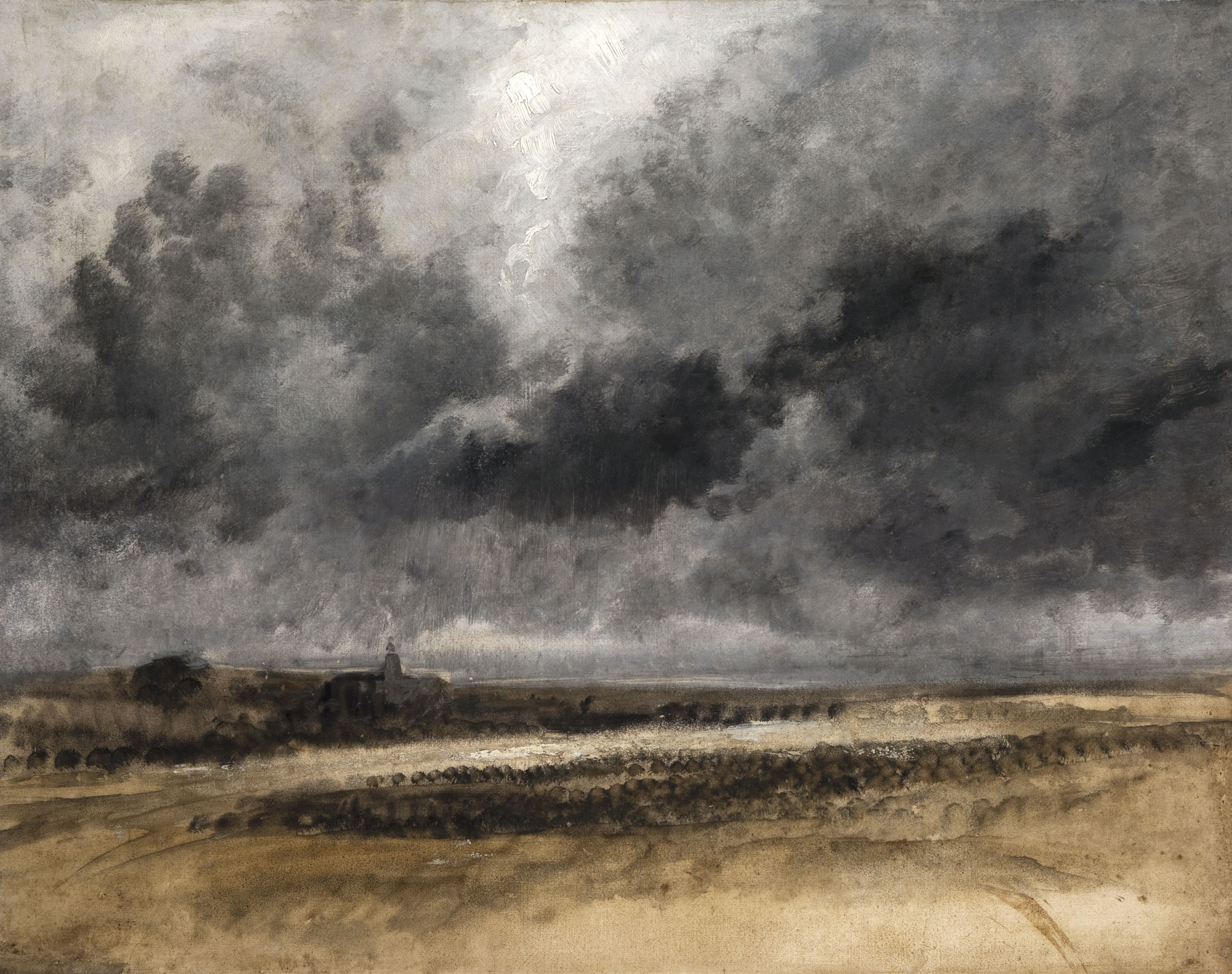 Known as the “Ruisdael of Montmartre”, George Michel was greatly influenced by the Dutch landscape painters of the seventeenth century and even worked restoring the collection of Netherlandish paintings of the Louvre. Despite never achieving much success during his lifetime, Michel was admired by the realist landscape painters of the mid-nineteenth century and praised by Van Gogh in letters to his brother. A prolific artist, he made thousands of drawn and painted sketches of the countryside surrounding Paris, and his widow recounted that Michel spent days in a row working in the plains of Saint-Denis. This impressive View of Paris Seen from Meudon is painted on four large sheets of paper pasted onto wood panel. The view and the land in the foreground are treated very sketchily, with little paint indicating bushes and other vegetation. As in most of his other paintings, which have aptly been described as “meteorological symphonies”,1 his attention went primarily to the sky and to the heavy clouds painted in every shade of grey which give the picture a slightly ominous, melancholy tone.